Every year, more than 1 million American couples get divorced. For those men and women, it is often the most grueling, emotionally exhausting, and expensive experience they will ever have. For their children, it can be even worse, but it doesn't have to be that way.

Imagine you are a little boy or girl, and the only people you have ever relied on are constantly arguing. During a divorce or separation, some children feel that they are the cause of their parents' conflict. Besides feeling the insecurity of their parents break up, children may also feel guilt.

A young child may not feel able to talk to either parent about his own sadness and confusion. The parents may seem too upset or wrapped up in their own anguish to have time and attention to explain things clearly. While both parents may be eager to go on to a new life without their spouse or significant other, children are more likely to secretly wish that things can stay as they are. This wishful thinking along with the guilt that it is the child's fault for the break up can lead to anxiety and depression.

Besides depression, anxiety and guilt, children may also experience sleep disorders, acting out, a drop in academic performance, and other short term or long term problems. Later on, children whose parents divorced may have trouble committing to relationships of their own. Studies have shown that children who live apart from one of their parents are more likely to drop out of school, and have a child before reaching 20, than children who grew up with both parents.

These facts make it so important that divorcing parents put their children before themselves and their legal battles. This can mean that two people who struggle to be in the same room without arguing will have to calmly, deliberately, and lovingly, make decisions together about their children's well-being. While it may mean suppressing their anger at a cheating or neglectful spouse, the winner, in the long run, is the children.

The stakes are high. Around 30% of children of divorce lose contact with one of their parents, depriving them of years of adult guidance, support and love. But even many of those who remain in touch with both parents are not any better off, as they continue to be tormented for years by their parents' continual arguing. The longer the parental conflict continues, the more serious the emotional damage to the child. Many children respond to such stress by turning off their feelings and walling up their emotions.

Those children are not only deprived of the joys of childhood, but they often find themselves emotionally adrift as adults. It's important for parents to remember that their actions during their divorce can have long-term effects. A parent who forbids a child from seeing the other parent, due to his or her own hurt and anger towards the ex, is setting up the child for a life time of distrust.

Parents must also realize that children often interpret anger between parents as anger at the children. Children know, even at an early age, that they are "part mommy" and "part daddy." When divorcing couples say horrible things about each other in their children's presence, children's self-esteem can take a battering. Though divorce is never easy on children, such crises are often opportunities in disguise.

Because a child's emotional health after his parents' divorce is so dependent on his parents' behavior during the divorce, the separation process is a good time for parents to reflect on their children's well-being. Sometimes children benefit from talking with a counselor or other trusted adult about their feelings. Sometimes a counselor might detect hidden messages in a child's artwork or storytelling.

Refuse to engage in a custody battle.

Refusing to engage in a custody fight is the first thing parents can do to make sure the children can avoid much of the anger, hurt, and confusion that is brought on by their parents' separation. Children whose parents are not fighting over custody can also be hurt by the anger between the parents, and should be spared from that as much as possible.

Helping children heal should begin before any legal papers are filed. The first words children hear about the divorce should be from their parents, soon after the decision is made. It is best not to wait until one parent has already moved out of the house. If possible, both parents should be there when the children are told. The children should be told of the divorce or separation in an age appropriate way, geared to that child's level of maturity and comprehension. 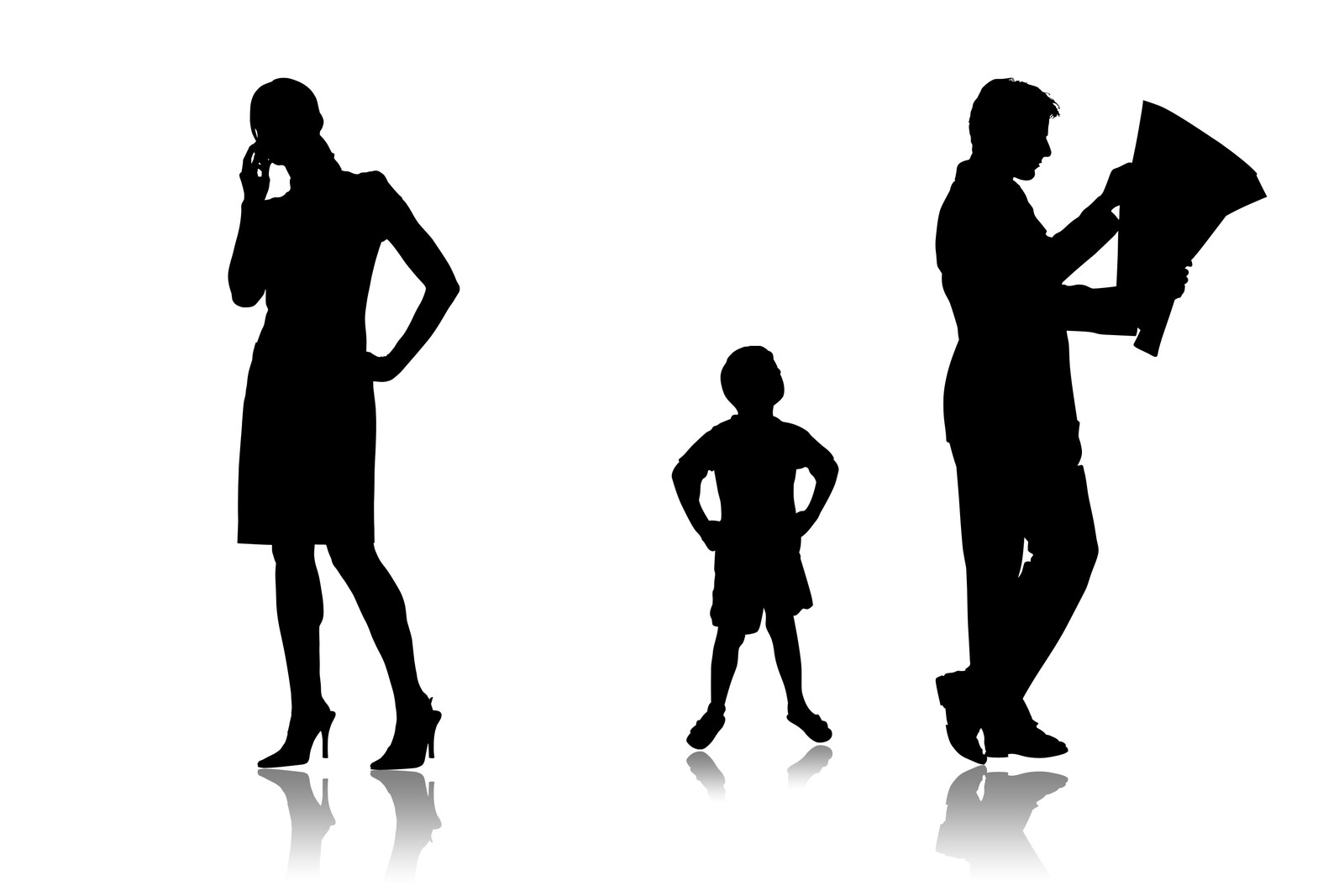 During this talk parents must refrain from blaming the other parent or bringing up details which children should not know. These are details like infidelity, financial issues, and substance abuse. Honesty is a crucial element in informing children of the split. They should be told that their lives will change, and that some things, like spending time with the parent they're not living with most of the time, will be different. Children should be encouraged to talk about their feelings, either with their parents, their friends, or a counselor.

In general, parents should not ask their children to choose which parent they would like to live with. Children feel more secure when the adults are handling things. Even if the child has a preference, it may or not be the best situation for the the child. If a child has a preference as to his or her living arrangements it will likely come out unprompted. Florida courts and family court judges have a strong bias toward shared parental responsibility. This allows both parents an equal say in decision-making on the child's behalf, even if physical custody of the child is not 50/50. Although, sharing parenthood with someone a parent no longer shares a marriage or relationship with can be difficult, it is one of the best ways parents can show their love for their child.

Find the positives and focus on them

One approach is to present the divorce or break up as a solution to the family's problems, an end to the fighting and tension that have filled the home with anger. By stepping back from their own anger, divorcing parents can move closer to what should be a common goal for their children - maintaining a nurturing environment and minimizing the potentially traumatic byproducts of the so-called "broken home."

In fact, although there are studies that show that a divorce or separation can have ill effects on children; there are other studies that show that staying together for the sake of the children can also have ill effects. Every family and every child is different. If the house was filled with anger and hurt long before the decision to divorce or separate was made, news of the parents' divorce can come as relief. Although a child may still feel the sadness, hurt, and anger, he or she may also be relieved to know that there will be peace in the house. And parents can emphasize that each parent will now be able to spend more one on one time with the child, without the other parent present. If this one on one time is presented as a positive, it can go a long way in making children feel special and secure.

Once the countdown counter reaches zero, you'll automatically go to the next course module. Each module is 22 minutes. (1320 seconds)

Redirecting to NEXT PAGE after 10 seconds